What is the Work that is Yours to Do? 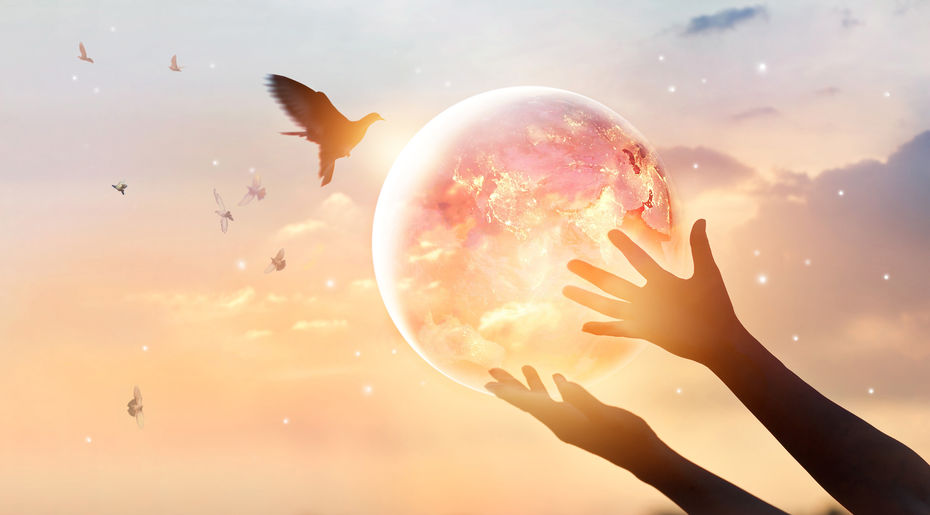 Not gonna lie – it’s hard to know where to begin. From the ongoing protests demanding justice for Ahmaud, Breonna, Rayshard and all the other Black lives lost to police brutality; to demands for policing reforms; to the dismantling of visual symbols of White supremacy by statues coming down; to the fact that books like White Fragility and How to be an Anti-Racist are selling out of bookstores all over the country; to brand changes by the likes of Aunt Jemima and Eskimo pies –  it seems we may be at a very real change point. I hope so. I really do. It’s so long overdue. We as a country could have listened and acted a lot sooner. Like a lot sooner – like, 50, 100, 300 years sooner or never started this brutal mess 400 years ago – but we didn’t.

I know I wasn’t alone in shaking my head when the head of the NFL admitted that they “were wrong for not listening to NFL players earlier and encourag[ing] all to speak out and peacefully protest”  and that they should have listened to Colin Kaepernick (even though Goodell didn’t mention him by name.)

And then NASCAR bans the confederate flag, OK, now we’re getting serious. I see book lists, films, discussion groups and I am celebrating. It’s time for a national investigation of our souls and a national excavation of our history. It’s time for each person to find their work  around this topic.

Along with just about every other writer, website, organization dedicated to racial equity, the CodeSwitch website has a book list a mile long and I love it that it says “This List Of Books, Films And Podcasts About Racism Is A Start, Not A Panacea.”  Yes! But it is a really important start. I know at least 5 of my White friends are reading White Fragility and Waking Up White and having conversations that they’ve never had before. I also see and hear a lot of (White) people asking what they should be doing. Or feeling guilty for not doing enough. (I’m not even going  to get into the guilt and shame that many White folks are feeling right now except to say – don’t let it shut you down. Use it as an activator.)

There is a way for all of us to do our part and the invitation is to start where you are with authentic exploration of your own identity and how it has been shaped by your ancestral history and the political systems your unique self ripened in. I, for example, could be a Daughter of the American Revolution should I choose to apply. Some long distant ancestor reputedly came over on the second ship after the Mayflower which was The Fortune in 1621. Don’t know if it’s true or not but that’s the story. The first enslaved Africans arrived in 1619. Other ancestors arrived over the years including Murdock McKenzie, my great great grandfather who fought for the Union. I lived in Baltimore in the late 60’s in a de-segregating neighborhood. My grandfather told me he hoped I wouldn’t marry a Black man. These things shaped me. They are the stories passed down to me and through them I can investigate the messages attached to them.

When I turn my attention to my own history, I have the opportunity to understand that my ancestors participated in a system – whether they themselves knew it – of oppression even as they were doing their hardscrabble best to live the American dream.  Sadly, those early folks had to have had a hand in creating it too. I can wish that they were resisters but I’ll never know. And as for my later Irish and Hungarian immigrant relatives, once they “became White,” they probably took advantage of specific privileges accorded White people such as benefits for veterans following WWII that Black veterans were not accorded. So when White folks say “I didn’t create this system. I’m not responsible.” the answer is “Maybe not, but you sure as heck benefited from it.”

As always, being White doesn’t mean your life hasn’t been difficult, that you haven’t felt out of place, that you haven’t worked your tail off or been poor etc. It just means the color of your skin isn’t one of the things that made it more difficult.

The next invitation is actively noticing and being curious about symbols, history and patterns of participation. What do you think a Native person thinks when they see the Mohawk carpet or Washington Redskins logo? What do Aunt Jemima and Mrs Butterworth represent for Black women? What might it feel like to move across a landscape filled with statues and monuments to slave owners?  Someone I know stopped supporting the newly named Lady A  (which ironically turns out to problematic for a different Lady A) out of fury of “overly political correctness.”  She did not stop to put herself in someone else’s shoes around how a romanticized vision of the pre-civil war South might be painful. In her mind, her own history is all that matters and not the intersecting, overlapping, intertwined history that is the complicated American South.

If you are White, notice who’s in the room, on panels, on teams or on boards. Notice who’s at the restaurants and shops you frequent (OK – used to frequent. Damn you, Covid!) Do they all look like you? And when you notice, say it out loud. Talk about it. People of color are used to navigating all-White spaces; many White people have never been in places where they are the minority and we usually enter rooms (speaking incredibly broadly for all White folk!) with a sense that that we belong, that we have a right to be there, and that this space was made for us. People generally don’t look askance and wonder why we’re there or how we got there. We are generally not asked if we are “the help” and randomly asked to get water, coffee, take this coat; our credentials are not questioned. I only know this is because of conversations I have had and things that I have witnessed or read once I started noticing. I didn’t see it for most of my life. And by noticing, I now make different choices. Personally, I prefer not to be on all-White panels. I like to support businesses owned by people of color or ones that have diverse teams, including people of color and women in leadership. Professionally, I help organizations with hiring and recruiting differently and then I help not just with getting a diversity of bodies in the room but of helping them figure out how to create a culture that works for everyone.

Do your own network audit – write down the top 10 people you interact with for networking, advice, collaboration. Do they all look like you? (This is actually a great activity for network diversification at all levels – your network should be diverse in terms of gender and industries along with racial diversity.)

And then comes advocacy and policy change. This is not necessarily linear, by the way, but a spiral – each understanding scaffolds and unlocks different possibilities. Advocacy can live at the personal, organization, community or state or national level. Right now, of course, we’re seeing demands for federal policing changes which also have to change at the state level. Because of local activism and advocacy, the Decatur, GA community successfully brought down the confederate monument in the middle of the square. Because of activism at the state level, my red-leaning-slightly-purple state passed a hate crimes bill.

There are so many ways to participate: protesting, direct service, advocacy, fundraising, art, healing. Spirit in Action offers a fabulous theory of change that can help identify where you are inspired to work. Do you want to re-magine, reform, resist or re-create? Are you a person who wants to be out in the street helping bring down statues? Do you want to work behind the scenes calling politicians? Do you want to envision new ways for people to come together? Are you an artist using your gifts to stimulate dialogue? There’s room and an imperative for everyone to show up at this time. Every voice is needed.

It’s hard, humbling work dismantling racism. We’re never done. We’re always on a journey. Just today, my two colleagues – both Black women – and I had a painful and beautiful conversation about our histories where we shared messages we had received about “the other.” We cried and we celebrated that we could share our stories together – each of us with such different histories and that in sharing we could move towards healing.

My brilliant friend Monica is a healer. She offers this meditation:

“Help me to see myself and the places in my life where there is a lack of love for those who do not look like me.” And then pay attention. Carry this or a similar meditation around for 30 days and I guarantee that the insights and growth that you will experience will trump the reading of a dozen books.”

There’s a way and a place for everyone. What is your work to do?

Need help finding it? Feel free to hit me up for conversation about possibilities.