For White people who want to work for racial justice 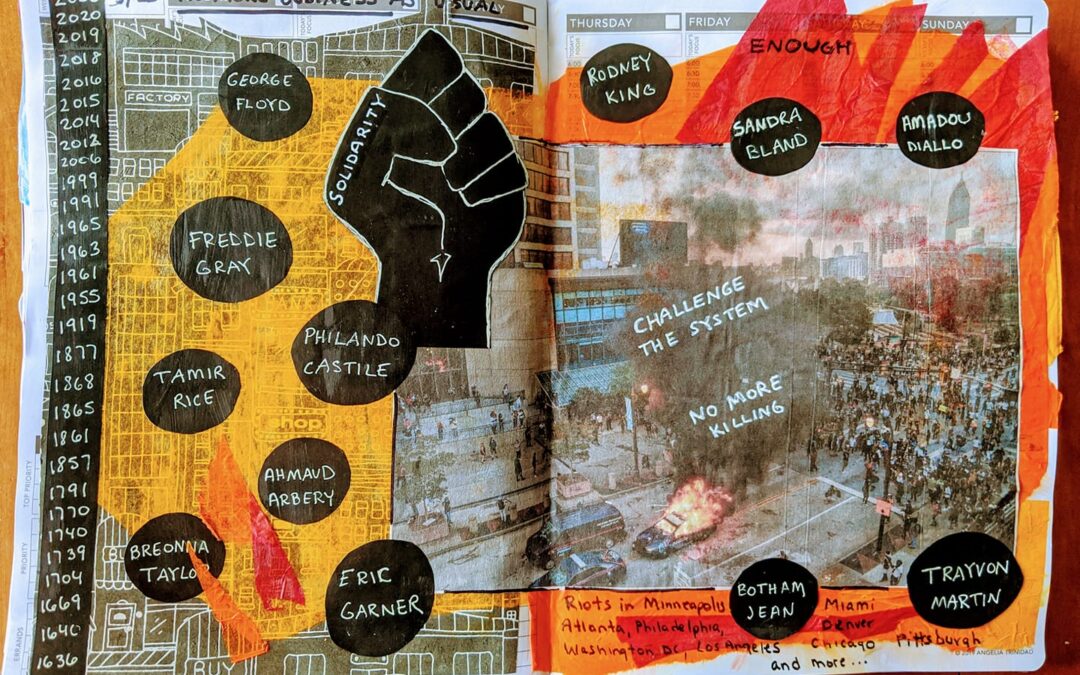 My work in the world as facilitator and consultant revolves around advancing equity and dismantling racism, specifically in organizational culture. In this time of heightened racial tension, it is incredibly important to do the external work of being an active ally by donating money, by showing up to protests, by calling your politicians and making your voice heard.

It is equally, if not more important, to also do the internal work of excavating your own psyche. Of decolonizing your mind. To ask yourself questions around your own identity. To explore and understand your own white identity and to deeply understand what privilege really looks like and how it has unfolded in the world, (think Amy  Cooper in Central Park, for example). To be curious about things such as the messages you received growing up about different races (and  homosexuality or ability and gender…). For example, I clearly remember my grandfather saying he hoped I would never marry a Black man. I remember my grandmother referring to “those people” and how “they” were ruining the neighborhood. These messages imprint in our psyches and they are all around us. Dr. Beverly Daniel Tatum likens it to the fish not knowing the water it swims in.

It is important to learn the history of the US that wasn’t taught and begin to understand how the foundations of our country are rooted in deliberate and systemic oppression of Black people, who were first brought to this country in 1619.

It is important to do the work of exploring privilege through tools like unpacking the invisible knapsack by Peggy McIntosh. These explorations help you understand how you show up in the world, and surface your assumptions and expectations. It’s humbling work and it’s private work. It’s work that often brings up shame, discomfort, embarrassment and guilt. It’s important to honor those emotions and to release them and move on. It is important to talk to other white people about them. This is not the work that is the public, externally facing work but the private work. By decolonizing your own mind you can begin to see how white supremacy has played out in your own life and how you may have benefited from it and how you can interrupt it. How you can hack your own bias. (And just for the record, everyone has bias – it’s an evolutionary mechanism but knowing and naming who you view as “other” and why is helpful.)

Your ancestors may not have created the system but if you are White-identifying or White-passing, you benefit from it, regardless of how difficult your Irish or Polish or Italian ancestors had it when they arrived. And it was difficult. But it got less so as these groups “became White.” Doesn’t mean that things weren’t hard – it just means that their race wasn’t one of the  things making it more difficult. Some of my ancestors came over on the second ship after the Mayflower. Some arrived in the 1920’s. My ancestors both helped create and maintain the system as they moved from original colonists or blue collar immigrants and helped me get to where I am today – a person with inherited privilege because my  ancestors had access to wealth building, education, home ownership and opportunity.

Working for racial justice is a journey. It’s never done. There are new things to learn everyday and approaching the work with humility and compassion will help in the long haul. I am speaking in absolutes but of course, it’s all about the nuance, the complexity and the questions. Applying curiosity and asking “How might racism be at play in this situation” is a helpful framework as opposed to resorting to labels.

It’s also important to explore perspectives that are different from your own. Follow BIPOC (Black, Indigenous, People of Color) writers, authors, speakers and thinkers and do your own homework to learn about other people’s experiences, without asking your Black friends to explain them to you. It’s a journey and there’s no real arrival. It’s a process of unfolding.

Initial resources along with the links are Debbie Irving’s, Waking Up White, and Robin D’Angelo’s White Fragility. There are hundreds of other books, articles, videos. But please, do this work in addition to the other stuff. We have to change the mindset and the culture. We have to look at hidden bias because it plays out everywhere. We have to look at what it “means” to be White in America without judgment, with compassion and we have to create a new way. I’m happy to talk – I’m no expert – I’ve just been in it awhile and it feels like the most important thing in the world if we are to survive as a country.